2 years ago, Bohemia was in preview at the Paradiso Spiegeltent of Underbelly Festival Southbank. Here are a few reflections from Black Cat’s Producer David on a special group of performers and show makers coming together for 45 performances over 6 weeks during that hazy summer!

Bohemia in 2018 was the culmination of 7 years putting up Black Cat productions at the Southbank Spiegeltent in parallel to our Supper Clubs and smaller format Salon cabaret shows in London and elsewhere. It was our first time headlining the festival. It was also the first time that a local company had been asked to headline, having watched many great international companies occupy the spot previously. For an independent troupe with roots firmly tangled up in London’s club circuit and the Edinburgh Fringe, this felt like progress! It was quite the privilege for me personally to show up at Underbelly’s offices one morning in a sharp suit and shake hands on the season. The brief was to build on our previous Spiegeltent shows mixing original circus, comedy and live music elements in a format closely resembling the practice of Actual Theatre (NB always practice, never the finished article).

A key jumping in point for Bohemia the show came from the warm blooded, lysergic Rock n Roll visions of Angela Carter’s Nights At The Circus. That book’s world of real magic and real grime, high art and cheap tricks resonated for me; it contained depths which deserved to be explored. Working sketches began to emerge after initial ideas were discussed with Katharine Arnold, Laura Corcoran and Lydia Piechowiak. We enlisted international clown master Sean Kempton as Director and bohemian circus gent James Keay as Musical Director. Next, the Bohemia dream team cast was assembled by early 2018. The business of pre-production was carrying on in earnest through Spring across each other’s kitchen counters, in borrowed music and photographic studios and in abandoned corners of Hornsey Town Hall. Sharpies of many colours were merrily applied to large format sketch pads until character arcs were felt to be known and knowable, songs were chosen and musically noodled on by experts, costume items and props were designed and acquired.

We always knew that things would start to really fall into place once cast, creatives and band got together in a devising rehearsal room. This happened at a secluded former church in Brixton in early August. But we only had two weeks! Late in the afternoon of Day 1, Cyr wheel soloist and ensemble acrobat Jo ran in from a delayed flight to join the group, was duly greeted at the door by Sean handing him a handwritten script to read on the basis that ‘things had changed’ and that he was to play lead protagonist in a (hastily improvised, entirely ridiculous) first and final full run of the show. After barely enough time to remove his coat, Jo went at it with great vigour, never questioning the ruse. And it kind of went on from there. The spirit of creative anarchy came out to play. Ensemble choreography was fine tuned for the circle and catwalk stages by Katharine while the comedic aspects of the show were nurtured under the watchful yet mischievously twinkling eye of Sean. There were competitive rivalries and love triangles, Katharine as drunken aerialist “Danger K”, Leon as tumbling snake-oil mentalist “The Maestro”, costume quick changes, escapology, disco hoop diving from whip-cracking lackeys LJ & Nico, dance routines with umbrellas, partner acrobatics made complete by rhythmic bubblegum popping from Charlotte, a Bacchanalian fruit fight… there was a lot. The score was embellished and re-jigged by James and the musicians. Frisky in her on-stage role as Circus Impresario sashayed through the mayhem with eye-of-the-storm calmness and inspirational vocals. The excitement both from within the camp and from the few outsiders who were allowed into our little cocoon was palpable – we felt we had something with real electricity.

Meanwhile in the outside world, wires were starting to buzz, press pieces were starting to emerge and our beautiful billboard posters with illustration by Roxy Velvet were being plastered up overnight in tube stations all over London. Spotting these, flat white in hand, on my crosstown commute to open the rehearsal space each morning was as surreal an experience as it was exciting.

Next up was the venue get-in, set build, lighting plot, aerial rigging, technical install for Missy’s fire props along with a myriad other items of production and site logistics which needed to happen in 3.5 days. I won’t pretend that this was my favourite part of the process. My role as a Producer of Cabaret, Circus and Fringe Theatre often involves being the person responsible for asking a team to work longer, harder and to keep those plates a-spinning in order to get a show open. But everyone played their part individually and stuck with it tenaciously as a team. Until finally, after an action-packed 24 hours of final checks and balances, bars were stocked, the auditorium was cleared and inspected and the mirrored doors were flung open to welcome 550 audience members for a sold out first preview.

As soon as the lights went down, you felt transported into a world. The show opens with a spot-lit monologue from Frisky with two circles of shadow animation (a Black Cat signature item) flanking her on what appear to be screens cordoning off the upstage areas. The animations and her speech give a whistle-stop tour of Bohemia through the ages – from Homer to Montmartre to the Chelsea Hotel to Acid House’s second summer of love. Her words reach a crescendo before rumbling syncopated tom toms kick in over a drone of feedback, as the screens snap to semi-translucent revealing a shadowy house band. The next thing you know the whole room has exploded in a blur of colour and motion with a reworking of Jefferson Airplane’s “Somebody To Love” punctuated by ensemble acrobatic tricks in widescreen spectacle. I watched that opening scene from various positions in the tent probably more times than anyone else and it never failed to give me goosebumps and make me grin like a kid in a sweet shop.

If you want to know what happened next, you’ll have to come and see the show. Suffice to say that Bohemia’s record of 45 performances and 45 full house standing ovations, stands. Some people came to see the show many times; handwritten letters and gifts were delivered to the cast by loyal fans; glorious storms of social media appreciation followed. But it wasn’t all plain sailing. Over the course of the run the company suffered setbacks of injury and illness, most notably Leon rupturing his Achilles tendon on stage 10 mins into a press night performance. However it is huge testament to the company that nobody froze or panicked – in fact we never delivered one even slightly below par performance. What I am most proud of the performers for above all is the way they continued to apply their individual talents and skills to evolve and grow the show as a group – channelling the experimental, indefatigable spirit of Bohemianism which the show celebrates. Right up until the final performance at the end of September, with the air getting cooler and the circus about to leave town, things were still changing, details were still being added – from the ridiculous to the sublime and then (inevitably) right back to the ridiculous. Nobody ever saw exactly the same performance twice and maybe that’s what the audiences sensed and what they reacted to with so much energy and enthusiasm.

The world will, I hope, get back into Spiegeltent venues and Fringe Festivals soon. And when it does, I hope that Bohemia will be part of giving people a reason to come together again to celebrate love, art and the spirit of collective individuality – aka the things that have made and will continue to make the world a better place to live in. Hope you’ll join us!

Keep an eye on our Instagram for previously unseen stills and videos from Bohemia in coming weeks! 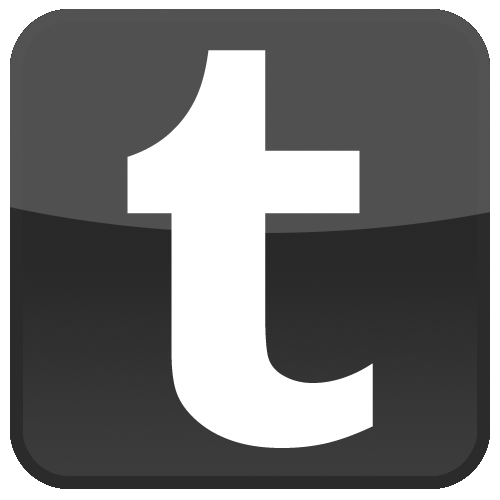